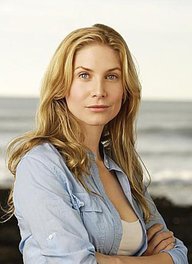 Elizabeth Mitchell was born in Los Angeles in 1970. Shortly after her birth, her parents moved to Dallas, Texas. She was graduated from Booker T. Washington High School for the Performing and Visual Arts located in the Arts District of downtown Dallas. Later, she earned a BFA degree in acting from Stephens College and also studied at the British ...