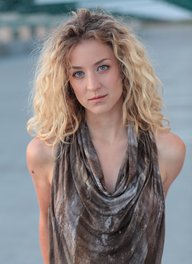 Born in 1987 at Offut Air Force Base of military parents, Hallee started acting professionally at age 3 while her parents were stationed in Pensacola Fla. She had her first stage role at age 3, was discovered by agents, and immediately began booking commercials first in Florida and, soon after, in New York. She landed dozens of national TV and ...