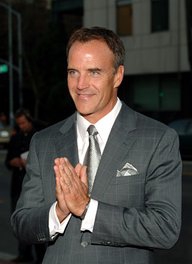 Richard Burgi was born on July 30, 1958, in Montclair, New Jersey (a town roughly 15 miles west of New York City), to a musical family: His father was a drummer, his mother was a singer, and one of his three siblings became a drummer. Burgi started participating in community theater during his youth; after graduating from Montclair High School, he...