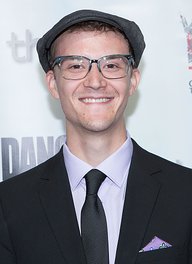 Hartley was born in Ravenna, Ohio, the son of Michele and Rei Hartley. He has an older sister, Danielle. He attended Rootstown Elementary School in Portage County, Ohio. He began his career in 1997 at the age of five by performing magic for his family and friends. He performed as a clown with his parents who were professional clowns and co-owned a...