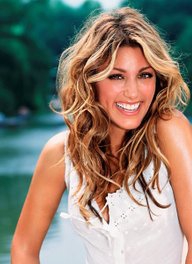 Jennifer Esposito was born on April 19, 1973 in Brooklyn, New York, to Phyllis, an interior decorator, and Robert Esposito, a computer consultant and music producer. Esposito launched her career with an appearance on Law & Order (1990) in 1996. She went on to play the character of "Stacey Paterno" in 36 episodes on the hit TV series, Spin City ...