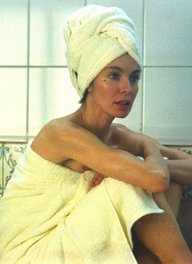 Anne Parillaud was born in Paris, France on May 6, 1960 and even though all her travels took her to many lands, is still a Paris resident. Anne studied ballet in school, and her first appearance was in the film Un amour de sable (1977) where she played "La jeune fille avec un petit chat" ("The girl with a kitten"). However, her first real role was...