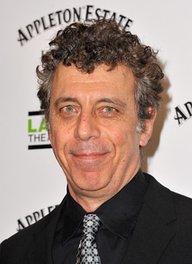 Originally a theater performer, Eric Bogosian has also made a contribution to film, applying his writing skills to several pictures, including his famous play, "Talk Radio", which was turned into a movie in 1988. Bogosian was born in Woburn, Massachusetts, to Edwina (Jamgochian), a hairdresser, and Henry Bogosian, an accountant. He is of Armenian ...