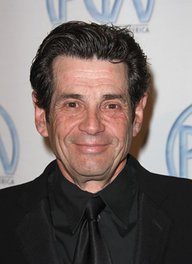 Alan Rosenberg was born on October 4, 1950 in Passaic, New Jersey, USA as Alan David Rosenberg. He is an actor and director, known for The Guardian (2001), Cybill (1995) and Righteous Kill (2008). He was previously married to Marg Helgenberger and Robin Bartlett.

Nominated for 1 Primetime Emmy. Another 2 nominations.