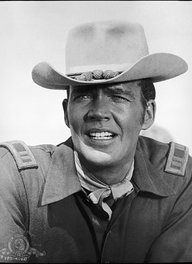 Described in the press as the heir apparent to James Stewart and Jack Lemmon, Jim Hutton broke out of the pack with his funny, awkward TV Thompson in Where the Boys Are (1960). Son of Col. Thomas R. Hutton and Helen Ryan, his parents divorced when he was an infant. Jim recalled seeing his father only twice before his death, and moved to Albany, ...