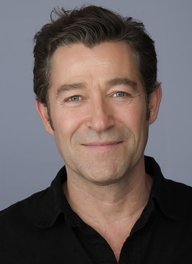 Although native to Dundee, Scotland, Steven lived in East Africa when he was young, spending nine years in Kenya, Uganda, and Tanzania. He experienced film for the first time in a drive-in cinema in Kenya. In 2002, having worked extensively in theatre, film and television in the UK, Steven was brought over to the US to star in Universal's The ...