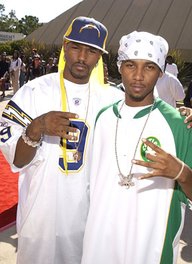 Rapper Cam'ron was born and raised in Harlem, attending Manhattan Center High School, where one of his basketball teammates was Mason "Mase" Betha, who also became a successful rapper. Though his playing earned him scholarship offers from top colleges, Cam'ron was unable to take advantage of them because of his poor academic record, and he ...