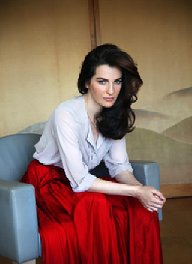 Ayelet Zurer is one of Israel's most acclaimed actresses. She was born in Tel Aviv, and first garnered the attention of Hollywood when she was cast by Steven Spielberg in her first English-speaking role, as Eric Bana's character's wife in the Oscar® nominated film Munich. Since arriving in the United States, Zurer has starred in Studio films ...