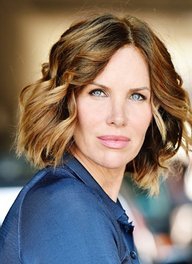 Sarah Buxton was discovered in a supermarket at age 15. Shortly after that, she began her acting career in a Coca-Cola commercial. Her film career then took off. Sarah won part after part in movies ranging from big studio dramas to camp classics to cheesy, B-horror flicks such as Don't Tell Mom the Babysitter's Dead (1991).