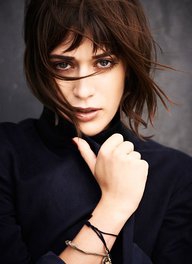 Actress Elizabeth Anne "Lizzy" Caplan was born in Los Angeles, California, to Barbara (Bragman), a political aide, and Richard Caplan, a lawyer. She has two older siblings, Julie and Benjamin, and was raised in a Jewish household. Her mother was a cousin of publicist Howard Bragman. Caplan was educated at Alexander Hamilton High School, where she ...