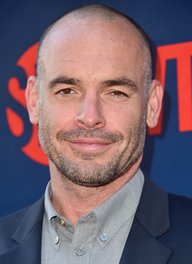 Blackthorne's first film role was as Captain Andrew Russell in the Oscar-nominated Bollywood film Lagaan. He spent six months learning Hindi for the role. He also starred in Mindcrime and the festival-winning indie feature length film Four Corners of Suburbia, winner of both the Crossroads Film Festival in Best Narrative Feature (2006) and in the ...