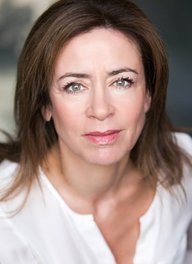 Shelagh was born in Vancouver and relocated to England when she was six years old. She starred in Dennis Potter's Cream In My Coffee before moving to Los Angeles. After appearing in several TV series she returned to England to play Dr Kate Webster in Peak Practice for several series. After completing the three year film and screenwriting programme...