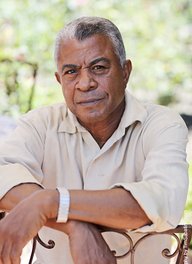 Tucker Smallwood, the eldest son of an educator and diplomat, was a NBC television director before being drafted into the US Army in 1967. He was commissioned as an Infantry Officer and served as an OCS Tactical Officer at Fort Benning, before undergoing Vietnamese language training and jump school. He later commanded a Mobile Advisory Team during...